Getting to Bonanza is a challenge. The only way there is by ferry (yes, there's not even some rough 4WD forest roads to get there).

Drive to the Lady Of The Lake in Chelan, WA (3 hours from Bellevue). View the high season schedule here for the ferry.

The bus only comes when guests are staying in Holden. So either stay there, or contact them and see if the bus will be coming when you're going there.

From Holden, it's about 3 hours up 3,100 ft gain to camp. Make sure to register your climbing party in town first.

From the lake, you'll continue around the right side through some terrible bushwacking. Some people say bring a machete - we tried that. You would need branch clippers, the branches are way too thick and woody.

After the bushwacking, you continue up the right side of the gully towards the path, following a faint trail. 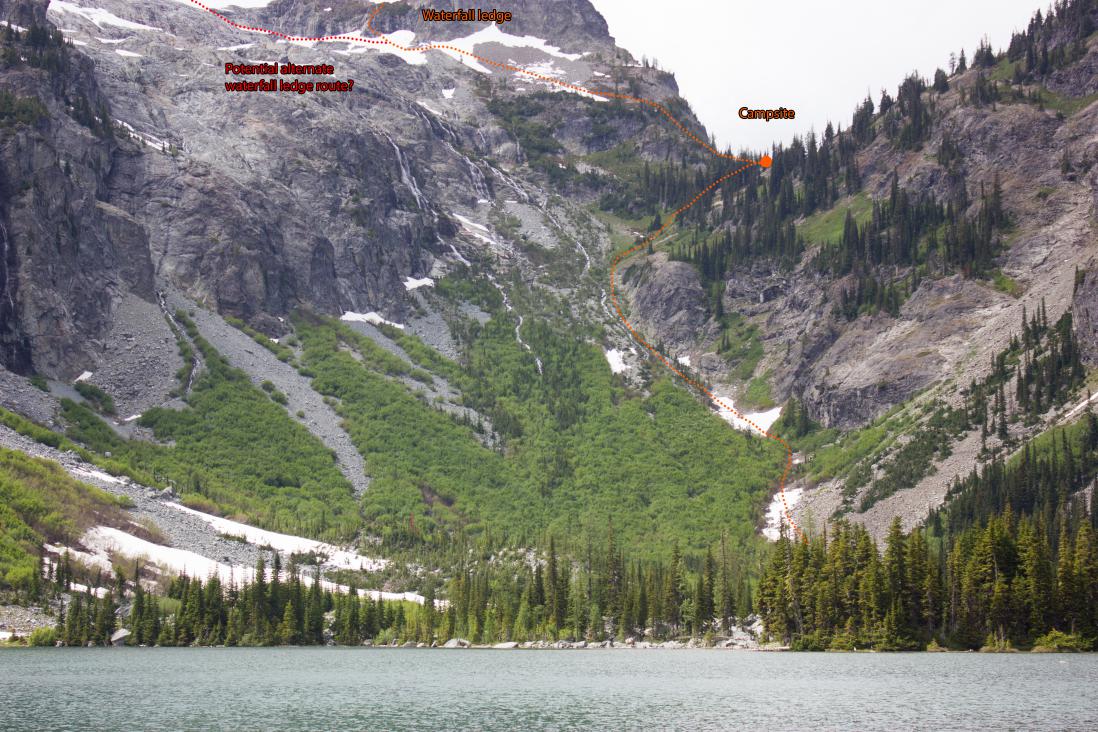 Continue up the ridge on a faint trail, and then you'll come to the "waterfall ledges".

We found it easiest to ascend the first waterfall you pass on the right. But there was a moat starting to form on July 7th in 2018, so this might be difficult to access if the moat gets bigger later in the year.

Ascending this route, there's one class 4 move, with two fixed nuts just above it, so you can belay others up if necessary. This route also places you on some great snow, so it seems like the ideal route to take.

It sounds like others continue straight and walk beneath a couple of waterfalls. That potential route is shown in the photos below along with the first waterfall we took. 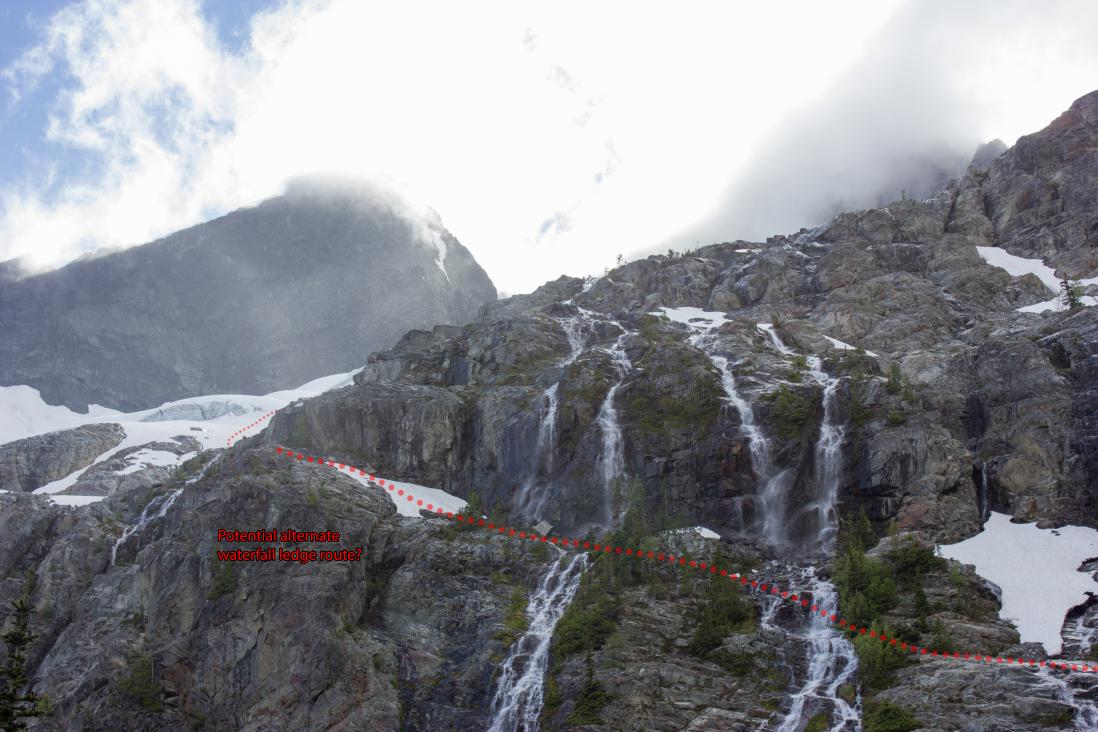 After the waterfall, continue hiking the snowfields, staying close to the cliffs on the right side. When you get into the basin, you'll head for the snow finger at the base of Bonanza on the right. 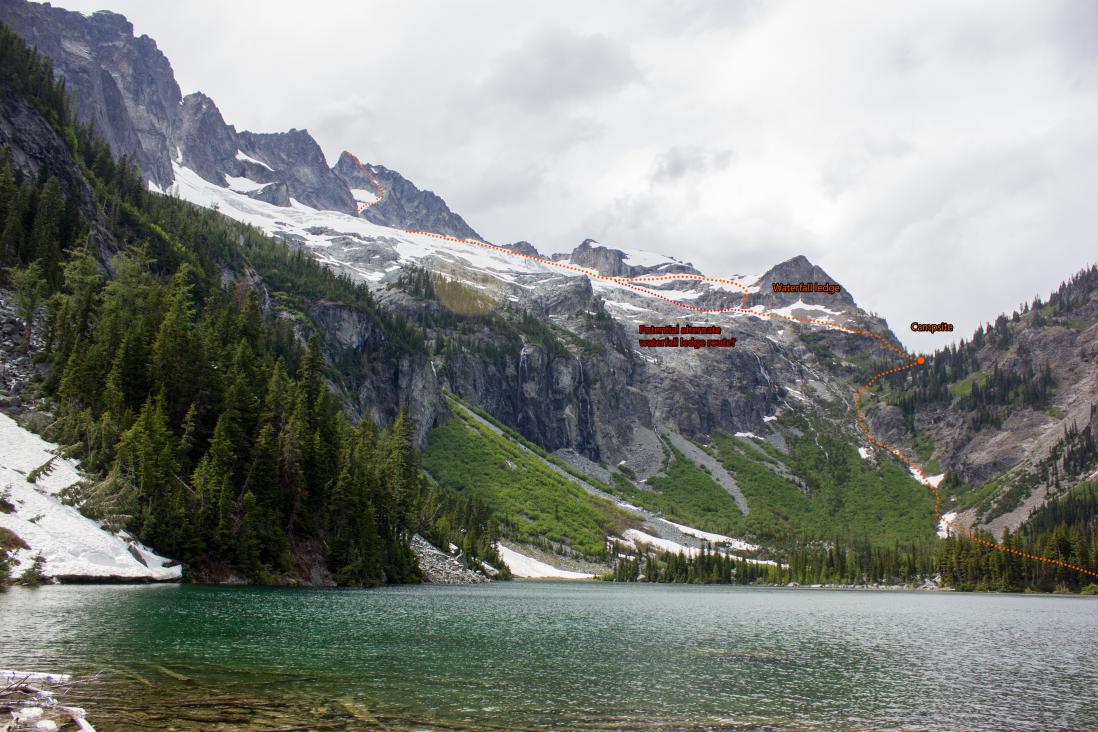 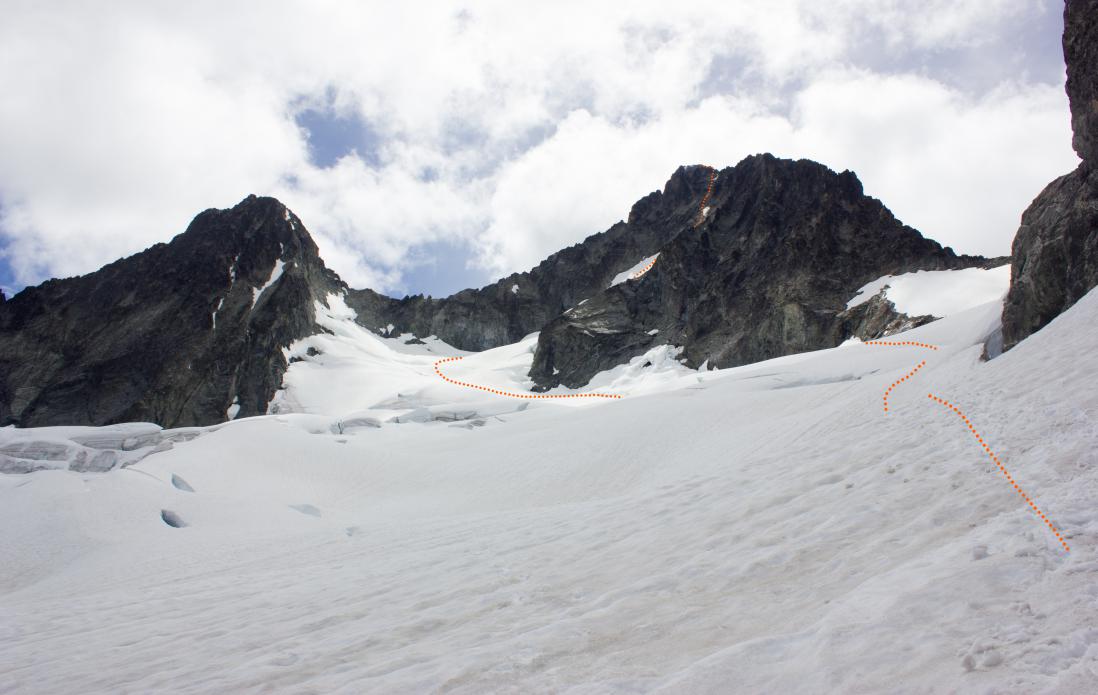 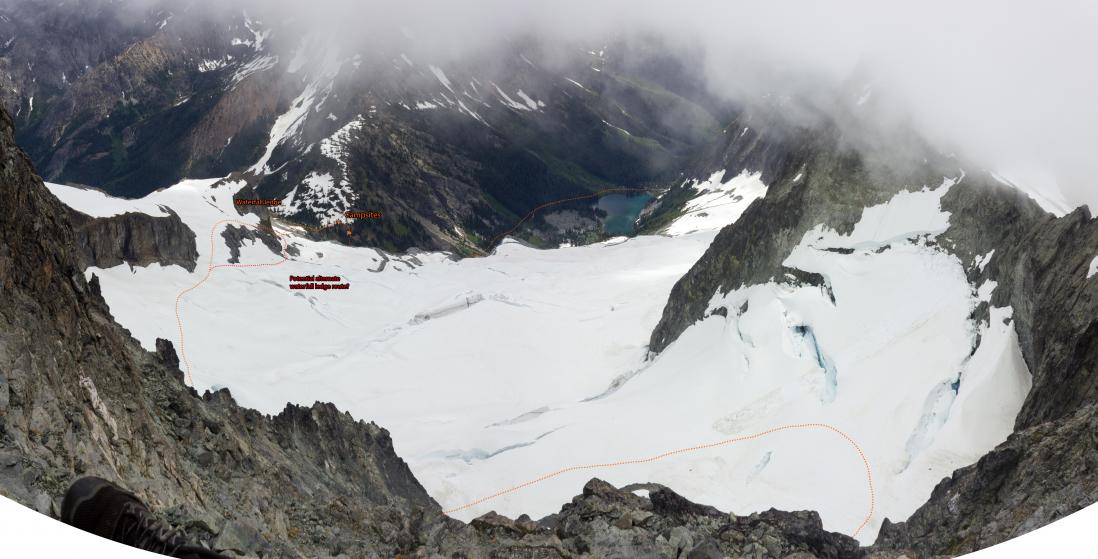 The snow finger is where the bergshrund can form and cut off the route. You'll want to ascend up the snow as much as possible, and then transfer onto the rock to start the scramble. 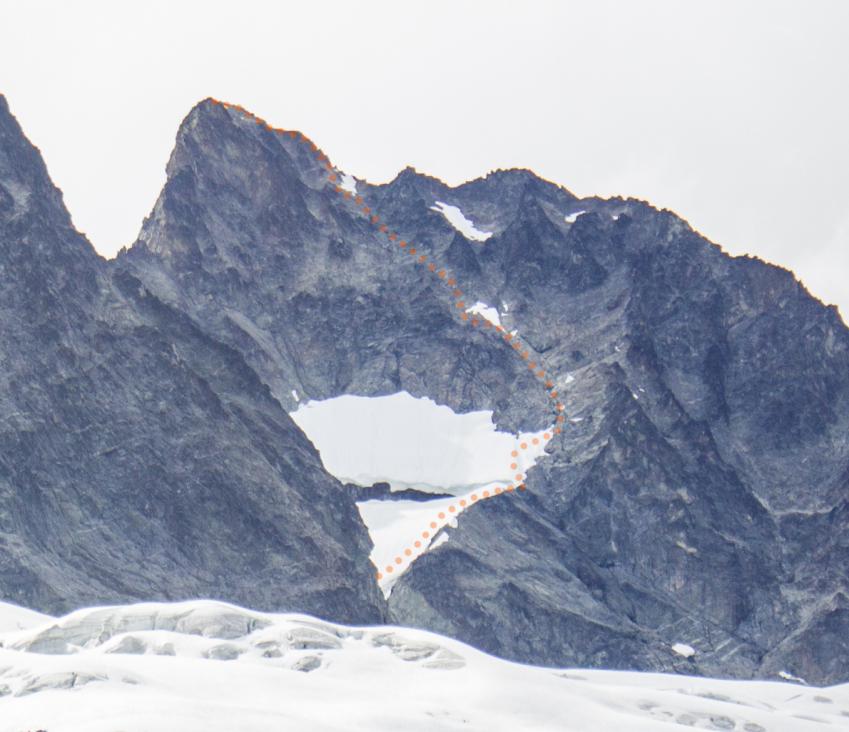 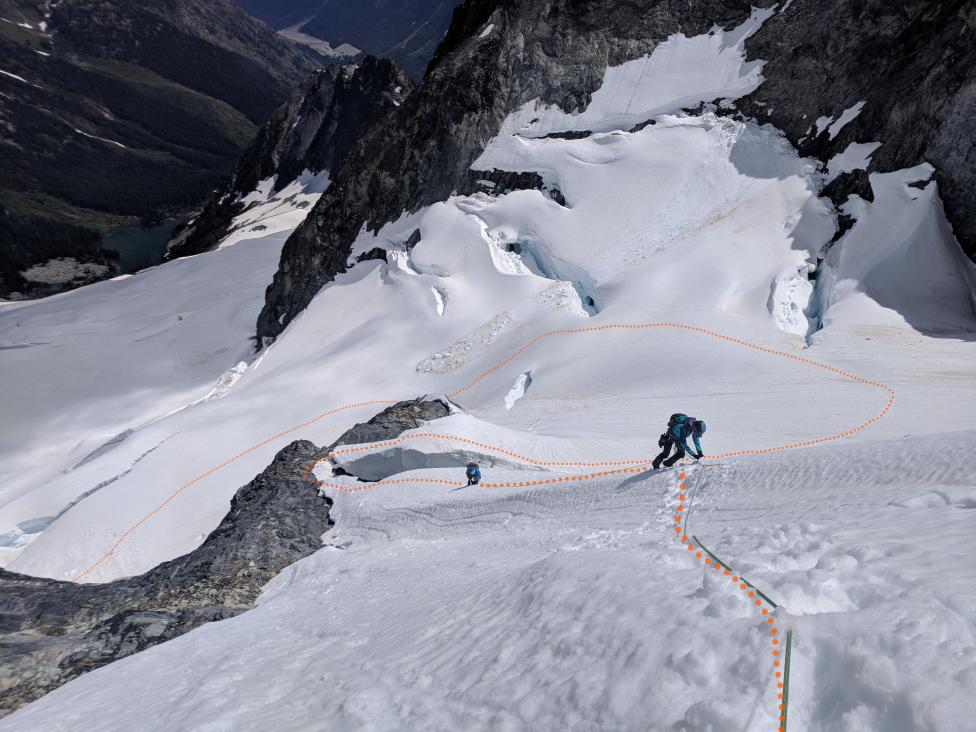 The scramble has lots of loose rock, including large rocks that look stable. Lots of care must be taken. It's recommended to stay left of the anchors, but right of the gully, in general.